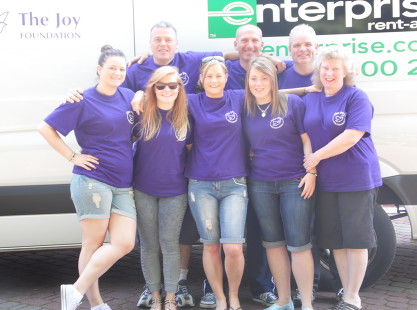 At the end of June, the 3000 round trip was completed travelling from Northern Ireland to Poland and back with a van full of aid to the needy people of Poland.

While there the team were able to provide aid for hundreds of people but most importantly share the gospel with these people.

Can we just thank all of those who donated towards this trip, without your donations this trip would not have been made possible.

Most impotantly we thank the Lord for his hand upon the trip; for safety on the roads and for opening up many avenues allowing us to share the gospel with so many people.

Reports from the trip can be seen in the sub page under the June 2014 tab at the top of the web page. 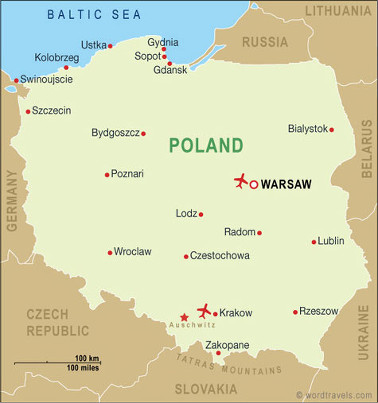 We’ll be going to Lublin and Warsaw to two very poor churches to give out the aid and we’ll also be visting very needy families. During the trip we will also be taking gospel services.

Thank you to all that have supported us

Joy Weekend- March 2014
In February 2014 Henryk spoke to myself about his desire to have discipleship weekends for young people who had come to salvation through the children’s camps.

The vision is to have one every month to build young Christians up.

I decided I would take one, and very quickly got volunteers lined up as the weekend was planned for just a few weeks after we arrived home from the childrens camp.

The cost of the camp was £1500 to cover all those attending and with great thanks we received £500 gifted from Banbridge Baptist church and the rest made up of others giving.

One particular girl asked her mother to help pay for her attendance and her mothers response was if she wanted to pay for it she would have to prostitute herself to earn the money. This shows the great need in Poland.

The plan for the weekend was to have games and an introductory talk on the Friday night.

Then on Saturday we had a talk in the morning, games and group discussion during the day. Then another talk on Saturday night.

The talks were based on the character of Daniel.Each team member conducted a different discussion group and the groups circulated round each station.

Topics discussed were dealing with peer pressure, evangelism and Bible study.
We then had a question and answer time on the Saturday night followed by a final talk on Sunday morning.

It was encouraging to see these young people at the weekend, some of whom we had the privilege of seeing saved at the children’s camps.